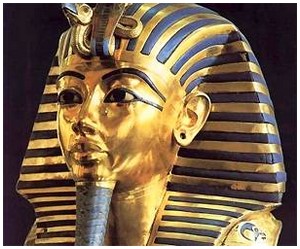 There are a number of instances in the history that indicate the presence and use of Kalonji in ancient Egyptian practices. Although its exact role is not known it is said that Kalonji Seeds or Nigella Sativa was discovered from the tomb of Tutankhamun, an Egyptian Pharaoh who ruled Egypt from 1333 BC to 1324 BC. The researches reveal that the seeds were entombed with the king for better health in his afterlife. However the earliest written reference to Nigella Sativa is thought to be in the 25 to 27 verses of the 28th chapter of Old Testament book of Isaiah where the reaping of Nigella and wheat is contrasted. These verses indicate how Nigella is treated differently by the farmers as it is more valuable than wheat and other crops.

It is recorded somewhere in the history that the Black Seeds or Kalonji Seeds were used by Queen Cleopatra for maintaining her health, beauty and vitality. Cleopatra is known as one of the most famous queens of Egypt who is classified by historians to be the last Pharaoh of Egypt.

Another instance of Black Seed can be traced from Easton’s Bible Dictionary where there is clarification that the Hebrew word for Black Cumin, “ketsah” refers to the “Nigella sativa, small annual of Ranunculaceae family which grows wild in the Mediterranean countries and is cultivated in Egypt and Syria for its seed.” 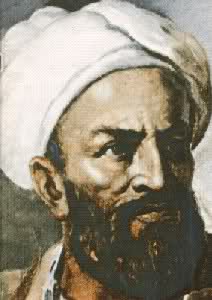 The Muslim scholar al-Biruni who composed a treatise on the early origins of Indian and Chinese drugs, mentions that the Black Seed is a kind of grain called alwanak in the Sigzi dialect. This was confirmed by Suhar Bakht who called it habb-i-Sajzi, Sigzi grains. This reference to Black Seed as “grains” points to the seed’s possible nutritional use during the tenth and eleventh centuries. The Unani-Tibb system of medicine regards Black Seed as a valuable remedy in hepatic and digestive disorders and as an excellent stimulant for various conditions.

The Cannon of Medicine, written by Ibn Sina is one of the greatest books of ancient medicine refers to Black Seed as the one that stimulates the body’s energy and helps to recover from fatigue or dispiritedness.

However the very often quoted historical reference of Nigella Seeds comes from ancient Islamic literature, where the Black Cumin is regarded as one of the greatest healing herbs to ever exist. Prophet Muhammad said “Hold on to the use of the Black Seed, for it has the cure for every illness except death.” He mentioned that the Black Seed is capable of curing every disease except death. It is stated in the books of seerat that Nabi-e-Akram (sallallahu alaiyhi wassallam) himself used to take these seeds for therapeutic purpose but with the syrup of Honey. According to Ancient Greek records, the great physician of 1st century, Dioscoredes used Black Seeds to treat a variety of illnesses like intestinal parasites, toothaches, headaches, respiratory congestion and amenorrhea. He used it as a diuretic to promote menstruation and increase milk production.

The Black Seeds have been traditionally used for centuries in the Middle and Far East countries to treat various health problems like bronchial asthma, bronchitis, rheumatism, inflammatory diseases, digestion problems, to increase milk production in nursing mothers, to support the body’s immune system and to fight parasitic infestation. The Kalonji Oil or Black Seed Oil has been used to treat skin conditions such as eczema, boils and to treat cold symptoms.